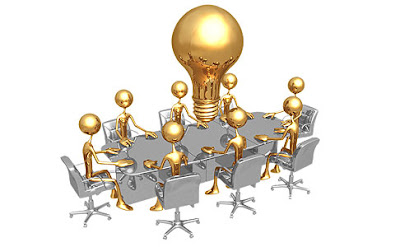 The things that I believed while I was teaching was that, no class must go by without student learning anything new. Every class must have something new to the students, otherwise it would be waste of their time. Usually, there are two things that contradict with each other during a class , one is called : Exams point of view or preparation for exams and other is the teaching new concepts and ideas and their relationships.
On my terms, I always made student practise physics numerical questions on the class. This gave me and them the opportunity to work out the concepts and their application. In this particular class, there was nothing new to learn but there was a thing to learn about ways of applying things that the student learnt. So confusing , isn't it. To clarify let me give you all an example:
Imagine you are in the cockpit of and airplane and the pilot tells you everything about each of the buttons and controls in the cockpit. Now let us also assume, that you have really memorised every things! Now does that make you a better pilot. Hmm. I hope not. So what makes you the better pilot. Obviously, if you can really fly the plan and know the basics of it rather than all controls of a button.
Teaching also is some how similar, first you introduce a controls of a button and let students play around with it. When they gain confidence over the control of the concept you can be sure that they know their course work. But that is not the end. So lets see a second scenarios: Just because you can fly a plane does not necessarily mean that you understand how the air plane fly, isn't it?
So being a student, its important that you make a balance between understanding, knowing and applying the concepts.  Being a student its your responsibility to see things from every perspective.  Its important to be open minded and not arrogantly dogmatic about what you think and what others think.