Add as a Friend 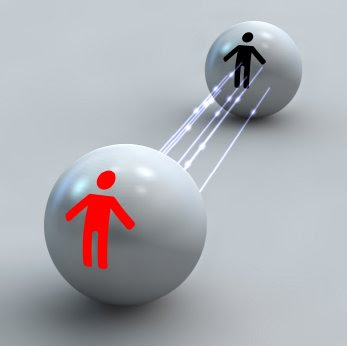 Social Structure is based upon the connection between people enhanced by the technology around them. Starting from saying "hi" to the never ending relationships between people is amazing. Once the connection is made, it takes ages for it to break or may be infinity.
Being in a group and having a friend circle is a unique features of Human being that is studied in any sociology text books. The happening or making of a group is quite interesting to look at. Don't criticize me for being OVER scientific but mathematicians have some how managed to come with certain approximate ways of defining the social group in numbers.
With the rising age of Online Networking groups available, it has become more easier to analyse the group and make a suggestion on them,NUMERICALLY. Also, the rising of the REALITY SHOWS like BIGG BOSS and others, it has given a social analyst a platform to analyse the social bonding and a structure.
Let me narrate a short observation that was made in Discovery Channel.
It was about a child psychology. A small girl about one or two years old shopping was shopping in a mall, when she encounters another girl of same age. They stare for a moment but do not talk to each other.
Soon they get accustomed to each others existence and they start to mingle with each other. After a while they are holding their hands and running around the shopping complex as if they were meant to be with each other.
After a while another girl of the same age enters into the scene with her mother. Suddenly, the previous girls encounter the new girl. They all stare at each other but do not respond. The previous girls hold each other hands and runs away playfully. The new girl then clutches her mothers hand and stares at them running away as if being left out. This small social experiment was actually carried out by the Discovery Channel. This small and unconscious behavior that was being observed says a lot about us. 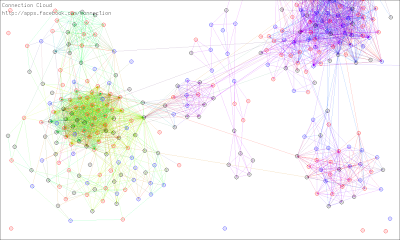 These unconscious behaviour is natural not only in child but also in all the human being. It is the foundation on which social structure are constructed.
Finally, what matter is the bond and the strength of the social structure. Today, many online networks are present, we still have a time to check its strength and weakness.
LINK ME as Friend.