December 16, 2008
Have you ever sold anything? Or have you ever tried selling anything? The experience of selling is very different from any other experience. Its like, - finally someone understands you- kind of thing.
Selling doesn't always include a transaction of cash. It can also mean making someone believe what you are tring to say. But, lets not get into that - its the job of lawyer. :)
Let me share one occasion where I did manage to sell something. It was during my college days. I was working on a pet project of mine - making a micro controller programmer. It was targeted at programming a 89c51/52 series of micro controller.
Well, don't go on what that means, its one type of micro controller. After working for months on the design and layout and finally fabrication, on my own, I was almost tried of it. Testing took another month. But, finally it worked. I was more than happy. So, now I could use it. Let me show you how it looked. 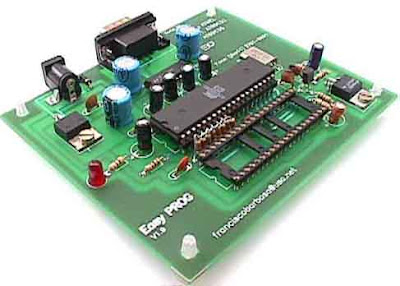 Well, its not the one I made, but my product looked very close to the size and design of the above product.
So, what was I to do with the product, beside use it. I never had any motive to sell. It was for my own fascination. But, soon I discovered that there was new kind of micro controller in the market named 89s51/52.  The beauty of this was that it was easier to program and needed less hardware structure. You can say it was a new technology. Hmm. And this is how the system looked like: 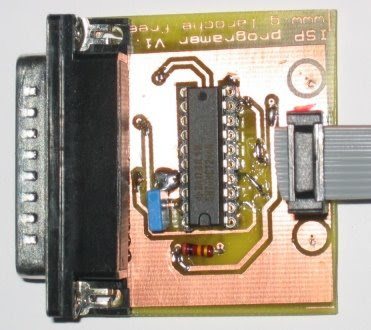 So simple, only one chip required. WOW. How could I resist it? Everyone was already using the 89s51/52- the new one. But the programmer was still rare. So one day, one of my senior, Ajit Malik, told me if I could make it in a day, cause there were some student needing it. I said off course. That day, I bought the necessary hardware and started building. After night of soldering and testing, it worked. There wasn't any way it was not going to work.
Next day, I gave it to him. After a few week, I got 1500Rs for it. :) It think it took me only around 400 to build it. Plus, I think I owe it to my friend. :) But the skill and the labour counted more.
Lesson I learnt:
My first product was an art of my own, it required complex layout design but it wasn't selling anymore, due to the presence of new technology. But the new product was what everyone needed in the market. So there was no doubt it wasn't going to sell. After wards, I also went into building a full fledge microcontroller kit based on that technology, but I never tried to sell it, I was busy with other work. :(
So what's this selling an empty box thing? People tell that a good marketter can even sell an empty box, my say is i don't want to sell empty box, I want to build and sell something that is uselful. The only idea I have till now is, make things that is necessary, it will surely sell.
Lets just not sell an empty box.