The Fountain Head and Steve Jobs

September 05, 2010
I have been following this persona for quite a while, not because I own one of his products or that I find him god like. But simply because I find his character interesting and the decision he makes intriguing. 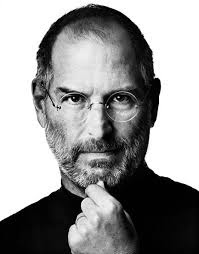 Long time back I had read a novel  by Anny Rand (The Fountain Head), the main protagonist of the novel - Howard Roark is an individualist who has high value for human integrity. He is also an architect which gives him more reasons to have those values. The whole story is a conflict between the ideas and value of human.

In overall perspective, it is a battle between objectivism and collectivism. The story also has other 5 strong characters with different ideology. Some are salve to society, some are manipulator, some are lost, some are broken and some are as strong as steal.

This was also the novel which pushed me to contemplate about the effect of media over human and how they are influenced to position themselves. I could not help reminding myself of the conflict between the artist and critics which the novel has portrayed. After, years of my journey into entrepreneurship I still face those challenges of justifying decisions. Obviously, which can be mocked by many ideology.

The story and the philosophy had a strong influence on me too. It also had to do with the fact, the time I was reading this novel I was going through a lot of personal conflict. It was hard for me to put aside the story and its consequences. But since then, I have started to have my own perspective of the case and have somehow come to an equilibrium.

I have an impromptu characteristic, usually I make my decision on a blink of an eye. Sometime I feel I know what I like and what I don't instantly. It was on year 2009 that I stumbled upon Steve Job and was immediately pulled into his character.

Before that I hardly knew about Apple, though I was familiar with Macintosh and iPod, I had never cared to go in detail with their philosophy. Till then, I never thought that companies could have such high value engraved into them. May be this was because, I was never brought up to look around that way. But now, I can see their relevance in the society.

But once I started reading about Apple and its design, I was immediately drawn into it. Further, I could not help myself comparing the character to the character of The Fountain Head. It might have been my fancy but surely it is hard to find such similarity between the fictional and real character.

It has been now more than a year for my passion towards Apple products and I can definitely say that I have great respect for the company. But nonetheless, I donot have any reason to criticize other companies. I find that in this eco-system everyone has their own role to play.

Recently, I found a 1995 old interview of Steve Job. It was still the time when Steve was involved in NEXT and the first fully animated movie "The Toy Story" was still to be released. Steve talks about education, society and responsibility of human. I will just share few interesting remarks from the interview. If you have read Fountain Head you will understand that the resemblance of the philosophy of Apple or Steve is not a coincidence but a real one.
SJ: One of the things I feel is that, right now, if you ask who are the customers of education, the customers of education are the society at large, the employers who hire people, things like that. But ultimately I think the customers are the parents. Not even the students but the parents. The problem that we have in this country is that the customers went away. The customers stopped paying attention to their schools, for the most part.

DM: And the artistry is in the elegance of the solution, like chess playing or mathematics?

SJ: No. I think the artistry is in having an insight into what one sees around them. Generally putting things together in a way no one else has before and finding a way to express that to other people who don't have that insight so they can get some of the advantage of that insight that makes them feel a certain way or allows them to do a certain thing.

SJ: I get asked this a lot and I have a pretty standard answer which is, a lot of people come to me and say "I want to be an entrepreneur". And I go "Oh that's great, what's your idea?". And they say "I don't have one yet". And I say "I think you should go get a job as a busboy or something until you find something you're really passionate about because it's a lot of work". I'm convinced that about half of what separates the successful entrepreneurs from the non-successful ones is pure perseverance. It is so hard.

SJ: The market competition model seems to indicate that where there is a need there is a lot of providers willing to tailor their products to fit that need and a lot of competition which forces them to get better and better. I used to think when I was in my twenties that technology was the solution to most of the world's problems, but unfortunately it just ain't so. I'll give you an analogy. A lot of times we think "Why is the television programming so bad? Why are television shows so demeaning, so poor?" The first thought that occurs to you is "Well, there is a conspiracy: the networks are feeding us this slop because its cheap to produce. It's the networks that are controlling this and they are feeding us this stuff but the truth of the matter, if you study it in any depth, is that networks absolutely want to give people what they want so that will watch the shows. If people wanted something different, they would get it. And the truth of the matter is that the shows that are on television, are on television because that's what people want. The majority of people in this country want to turn on a television and turn off their brain and that's what they get. And that's far more depressing than a conspiracy. Conspiracies are much more fun than the truth of the matter, which is that the vast majority of the public are pretty mindless most of the time. I think the school situation has a parallel here when it comes to technology.

DM: You need passion to build a company like Apple or IBM or any other major company. Once you've taken the passion to that level and built a company and are in the position like a Bill Gates at Microsoft or anybody else, yourself, what are the responsibilities of those who have succeeded and have economic power, social power? I mean, you've changed the world. What are your responsibilities within that?

For full interview visit here.
By the way, when I decided to write this, I wrote it because I found the character in The Fountain Head and Steve Jobs very compellingly similar. So after posting it when I searched for the similar subject, I found that I was not only the one who thinks so..