March 17, 2011
First question! Have you ever tried writing a Novel? You should because it will teach you to think from different perspective. I had written one when I was in college, and it took me more than a year to complete the story. I was trying to narrate a story around an adventurous journey which I and my good friends had undertaken. It was easy, in a sense that I was aware of the story and had some knowledge about the characters that I was trying to describe. But within those time period, I went through lots of ups and downs which were affecting my story line and my characters. This was happening unknowingly and I seemed to have no control over it. 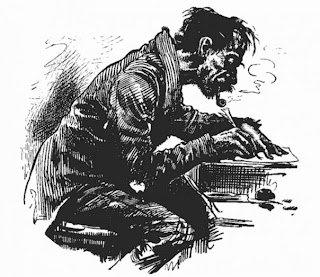 While writing and describing one character I would unknowingly portray the character as something else I had no clue of. Somehow the story had its own life and it was urging me to change things. This was a strange and a beautiful feeling.

Now what has it to do with building a business? When you start your company for the first time, you are unaware of the characters and their nature. You are unaware of the story and its climax. You are just finding your ways and the only way to figure things out is to make decision and move ahead. You make wrong decisions and you sometime get lucky. But that is how you learn. Similar to the writing experience, the experience around building a company in a way changes you and your perspective.

When you start with nothing but a passion to do something, you are unaware of the market forces and the eco-system. The eco-system is even not visible to you at the beginning. It unfolds itself slowly and sometime painfully. At every instance, you just need to have faith and that’s all. Even the characters in the eco-system are undefined. You are always on the dark side unable to make quick decision due to the lack of visibility. But as time passes by you begin to see the eco-system opening itself to you. This happens when you have built enough credibility in the market. Now when you begin to see the entire eco-system unfold, there are two things that can happen. Either it will be something that you predicted or it will be entirely different. But you can always move on and that’s the whole beauty.

Novel is also similar. You start with fresh characters and with time they mature to reveal their true identity giving whole story a shape and climax. Even in writing, either you end up writing exactly what you wanted or something entirely different.

At the heart of building business are the people. You are always affecting people and their ways of living. To introduce your-self to already existing market needs much more than just passion. You have to seriously justify your existence and your value to the society. In case of failure to show your value, you are sure to be lost in the crowd of that 99% failure list. This is why the failure rate of entrepreneurship is so high. It’s very difficult to find people working to add value to the society.

Value is the key to sustainable business or company. Absence of value can only take you so far, value is the one that will define your space on the Global Market. Similarly each novel has a story that defines the life, in absence of this definition story has no meaning at all.

Just check out my other post which I had written some year back. Fearful Consumer Market.