March 28, 2012
During my college, I use to sometime write some crazy stuff out of no where. I guess I really wanted to tell a story like no one else and bring that level of experience. After many years, today I seem to have understood this art better. One of my friend use to tell me that being an artist its a life long passion to understand what works and what doesn't. Keep pursuing it.

For this reason, I had started writing vigorously. These days I am bit down on my writing, but I am exploring it in much deeper sense than before. My diaries were filled with thoughts and only thoughts. Sometime, I would just start writing on my computer and leave it no where. You know, simply write and keep writing. As a result, I did complete one novel :) which related to an experience shared with my friends during one hiking, but I tried to make it mysterious and mythological. Well some day I might share that too :) But for now, I am just posting one very long, almost half baked story which I think wrote almost 4 years back. Enjoy but don't sleep :D 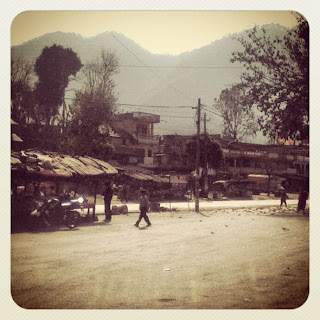 Far way from the hustle and bustle of the city, laid a small settlings. With its beauty, it decorated the whole barren terrain and made it look like heaven. With colorful flowers blooming with happiness, the place had a wonderful flavor in its environment. The place was filled with serenity. Even the noises made by the children and the people blended itself with the nature, sounding harmonious. Each whisper could be heard independently, it was that clear. It was like looking through the crystal ball where you could see and hear everything. This made the place mystical.

A little away from the crowd, there was a beautiful cottage. It was owned by Miss Angeli that was what everyone called her. She had moved to the place many years ago and had started by being a teacher. She had gained a respectable position in the village. After her arrival, she had managed to change a lot in this small village by bringing the lost happiness and hope in everyone’s life. Now she was on her eighties and was still strong. People found her amazingly cheerful. When she walked on the street, each would greet her and cater help. She had devoted her life to the welfare of the society. But no one new her background and people never cared to ask her. For them she was an angel dropped from the heaven. 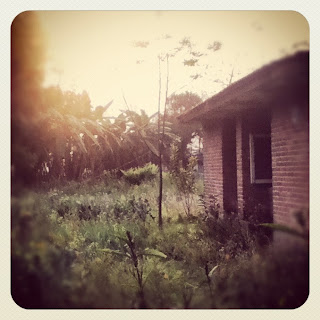 As with everything, there was a myth about her life. Some said she was a daughter of god, sent to help; some would say she was a lost child of a god. Everyone had their own version but they were never near to the truth. The truth was as usual far simpler then all the misinterpretation. When she had arrived at the village, she was in her thirties. She was as beautiful as an angle. When she walked on the streets, each passer-by would turn their head to get a glimpse of her beauty. Soon her simplicity attracted many people. She received many marriage proposals but she never accepted them. She did not like hurting others but she had some how restricted herself from involving in a relationship. As the years passed, she stopped receiving proposal. The people respected her choice and never questioned her. Some would interpret her choice by saying a god’s child must stay pure and scared. Though she was respected by many people, she never let any one too close to her. She did not have single friend with whom she would open herself. She lived a life like those of nuns but without taking any oaths or committing her selves to any promises. She was simply what she was. There was no code of conduct to be followed. More interestingly, no one had ever entered her room, except for the little children whom she tutored. When children were queried about her home, they would say things that were as obvious like: “The home is just as simple as she is.” “It’s too normal to be described.” And in reality, it was simple. There was nothing mysterious about her neither about her lifestyle. But as she grew older, people accepted her mysterious life style and got used to it.

But now, after almost fifty years of silence, she had finally decide to speak to the crowd. No one had asked her to do so but she told everyone that she had to tell her story. She said it was the right time. Suddenly after so many years, the lost interest in her lifestyle was rejuvenated. She had planned to talk at the ground of the school. Everyone was invited to it. The garden of the school was cleaned to perfection. The children had all helped to put a big tent under which the talk was to be preceded. The food was served to everyone. It was as if a huge marriage ceremony was being held.

As the time approach for her to speak, the silence started to grow. People were slowly moving towards their chairs. Even the wind had stopped, as if to listen. The place had already gathered a mystical aura. Soon she appeared to everyone’s sight. With her withered hands holding, what seems to be a small diary, she gracefully moved towards the microphone. She had worn a light green sari which matched her personality. Those who had seen her in her youths would say that she had not changed a bit. As she stood in front of everyone, she watched them and slowly smiled. Then she carefully unfolded her diary and started to speak.