November 10, 2013
So some really long time ago. Around 6 years back when I was in my college I wrote this novel based on an interesting and life-changing trekking trip which me and my friends took. Those 15 days of trip was unforgettable and has remained among my friends as an EXPERIENCE.

Now after many years, I think I can share this story which I shared only among few friends. The story is pure work of fiction but among friends it has some recognisable elements.

The story is title THE NOVEL as at that time I really had no intent of sharing with anyone else. Further, I had promised my friends during the trip that I would write a novel on it and so the name THE NOVEL.

Hope you will enjoy reading though it was written long back on a very rough english :).

Here is one of the section of story:

"From the middle of this dark canvas, a bright yellow light was beaming from the window of one of the hut. A dark figure was moving up and down. After a while, it slowly settled down and a slow whispering sound permeated through the icy cold air. “I think it has stopped raining,” spoke a thin female voice. After a little silence, the male voice mumbled, “it’s not the rain that I fear.”
" 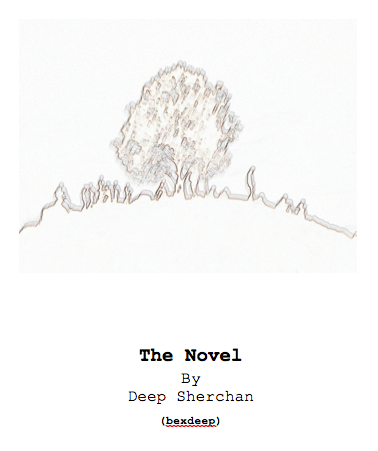