March 19, 2009
For past few days, I have been wondering why twitter is so famous. Is it the micro-blogging? Is it the list of unknown friends that excite us? Is it the fun of shouting and listening to the world? Or is it like playing god, by having so many followers? I mean what is it that is so exciting and keeps you all day tweeting?
Only few days back, I wrote on the distribution of Tweets with respect to Followers. Right now, I am working on population distribution and its very interesting to see what is happening. Here are few of my thoughts on people at twitter.

Source of image above.
There are many small groups of people, who enjoy tweeting to each other and updating their status to inform others. These are people with close relationship and their tweet rate is very high.
Other category is the news channel, this works in the similar ways like media on the real world. They keep updating people with news and twitter seems to be doing good in increasing the traffic to their site. People say that twitter is bigger than news, but in reality it seems news channel's site and twitter has an interdependent relationship, especially from the news channel perspective. Also, these tweets have the largest followers.
Next is celebrities, they never seem to lose their appetite on being famous. Twitter is flooded with them and they have lots and lots of followers. But their tweet rate isn't so high.
Then there are people related to social media and online marketing. These are the people who have been using twitter to explore their business possibilities and are hugely benefiting from it. I find it very interesting way and also may be a new way, of marketing and PR. There tweets are reasonable and have an equal following and followers.
Also, there are hundreds and thousands of individuals (web designers, artiest, writers, entrepreneur, photographers etc) exploring their way into the web. Listening, discussing and being inspired by people. Stories are being told, boundaries are being crossed and skills are being taught. Its the new way of knowledge transfer. I can directly be suggested by an expert living miles and miles away, which could have been impossible, otherwise. 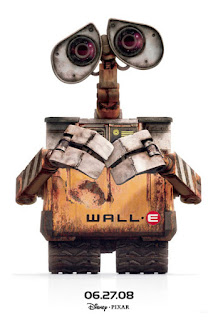 So these are the people, I daily tweet to. Ohh, I forgot one thing, there are also robots among us. Don't be frightened. This are small automated webots which exist there, listening to us and generating automated status. They are similar to physical robots. They are on there own, something like Wall.E., they do their jobs assigned by their creator.

So finally, why is it so famous? Have you all ever played the classic MARIO game. Its this small plumber running to save his princess. On the way, the only thing he does is collect as many coins as possible. Trink. Trink. Trink. There are many levels to be crossed and so on.  I find twitter similar, its a huge social game. The aim is to rise high and have good social status, like in real life.
Let me put it in points:
1. Have as many followers as possible. (Its not so easy.)
2. Get your tweets Retweeted, as many times as possible.
3. Be the most social tweeple(poeple in twitter), and earn many goody points at twitter grader.
4. Generate as many traffics to your site as possible.
5. Create a campaign, a mission that will bring people together.
6. And much more.
And many more. There are so many sites already dedicated to creating scores of your twitter. Its quite an interesting game, if you know how to play.  And by the way, the only weapons that you have is your words and only words. Its your character that people judge.
But, not all are playing the games. But who ever are playing are having their times at this time of economic crisis. Its just great. I must say, twitter has created lots of innovations.
Here are few sites that generate your scores, that I know of:
http://twitter.grader.com
http://buzzom.com
If you want to play the game, start know. Create an account and start tweeting. Here you are not selling or buying virtual goodies, but real merchandies with real business value.
Follow me here.
Hope to have comments and thoughts.